It is set in one of the most beautiful places of Sanabria, located on the southern slope of Mount Sospiaco, about 250 meters above the level of Lake Sanabria. The village is named after a primitive monastery, constituted before the 10th century.

The Monastery of this village is a national historical-artistic monument since 1931 and was one of the largest religious complexes in the province of Zamora. As an artistic monument is a wonderful example of the Romanesque. The church of the 12th century is one of the most valuable monuments of the Romanesque in Zamora. The temple consists of three naves with large square pillars, with cubic crossing with a Latin cross floor-plan.  The liturgical east end is formed by an apse and two semicircular smaller apses. The current portal of the church is from the sixteenth century and hides the ancient Romanesque one. The patron saint is Saint Martin de Tours and his image is preserved inside the temple. Another image of great value is the “Virgen de la Peregrinación”(Virgin of the Pilgrimage) that is the patron saint of the town. These two images together with the choir-stalls and the renaissance altarpiece form a set of great value.

From San Martín you can take different routes or conclude them here, which allow us to enjoy the beauty of its surroundings, such as the “Senda de los Monjes” (a path full of stones from the Middle Ages used by monks connecting Ribadelago, San Martín de Castañeda and the east side of the lake), San Martín Cave, Laguna de los Peces, Peña Trevinca, Montalvo and Laguna Acillo, among others.

From the rebuilt monastery after 1150 there is nothing left but the church and it was because it had served as a parish, since everything else, except for a facade, collapsed from the secularization.

From the primitive building of the tenth century it only remains the foundation stone embedded in the gable of the temple, that describes Latin cross foot-plan with a staggered liturgical east end with three apses, crossing slightly enhanced in plan and very high with three naves of four sections so it seems that it was inspired by the Zamora Cathedral, however, in San Martin there are cruciform piers towards the aisles and square ones towards the central one. As regards roofs, there are semi-domes on apses and barrel vaults over the straight sections preceding them; These chapels are separated of their corresponding aisles by means of semicircular arches in the lateral ones and by a round arch in the main one; The main nave and crossing arms are also roofed by means of prominent barrel vaults but the crossing itself is roofed with a rib vault, perhaps inspired by Moreruela, whose ribs fall on roll-shaped corbels. Aisles are covered with sail vaults, slate masonry, but some of them had to be reinforced with ribs; there is also a groin vault in the Epistle Aisle.

The monks who inhabited it obtained the fishing rights of fishing on the Lake Sanabria in the year 916 and they made good of its celebrated trouts.  Donations and purchases throughout the 10th to the 12th centuries increased their patrimony. Furthermore, in the middle of that century they took advantage of the protection of Alfonso VIII, who donated the monastery to Pedro Cristiano, a monk of Cariacedo and friend of St. Bernard and all who accept the Benedictine rule. In 1207 it was incorporated to the Cistercian Order without previous resistance. 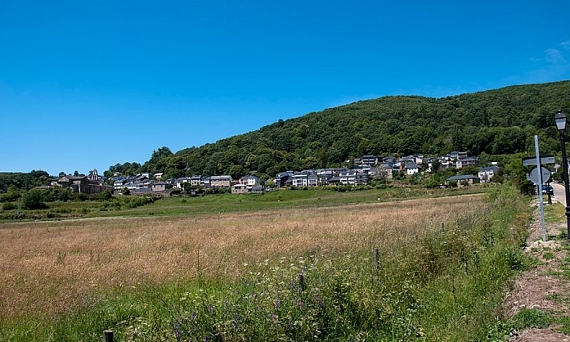 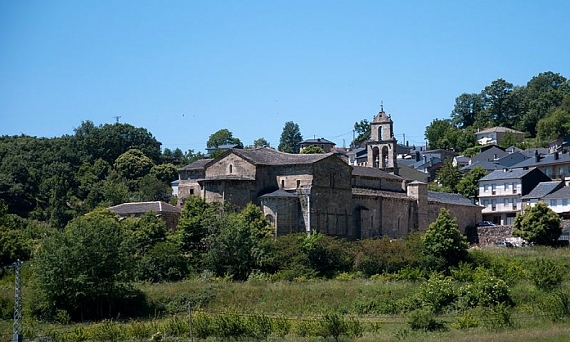 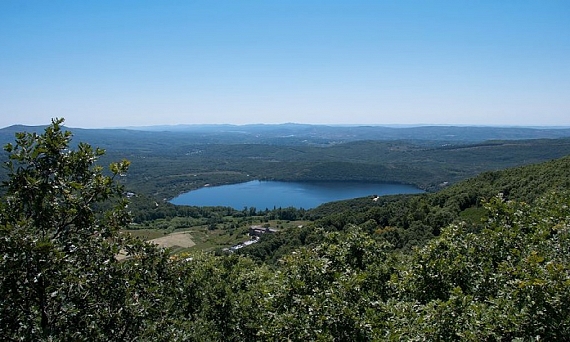 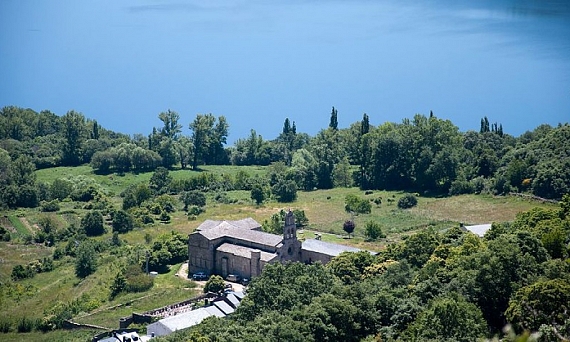 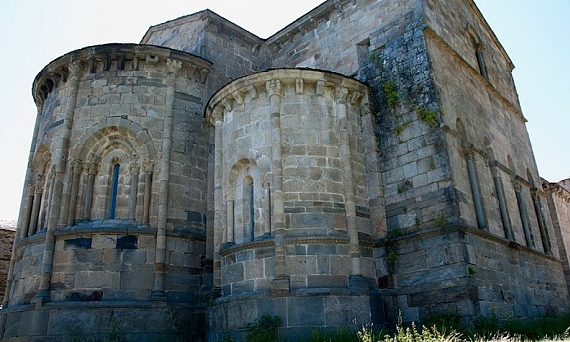 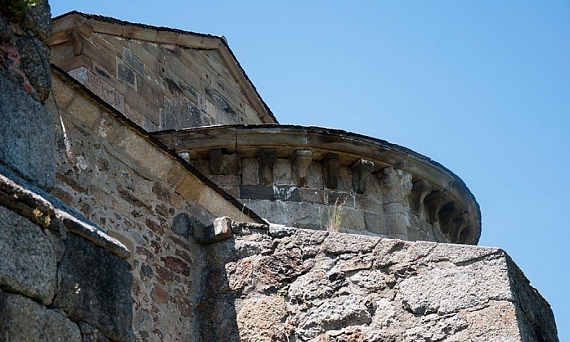